I am a returning customer

If you already have an account with us, please login at the login form.

Thank you for registering with Chhanga Attar!

You will be notified by e-mail once your account has been activated by the store owner.

If you have ANY questions about the operation of this online shop, please contact the store owner.

Your shopping cart has been saved, the items inside it will be restored whenever you log back into your account. 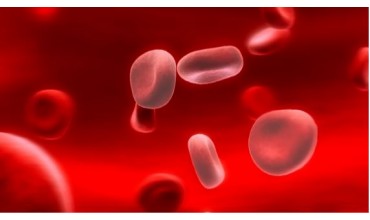 Haemoglobin is a protein that allows red blood cells to transport oxygen throughout the body. Iron is required to produce haemoglobin.

There are around 400 different causes of Iron deficiency. Some are like not having an Iron-rich diet, while others are more serious like blood cancers or aplastic anaemia, a condition that develops when the bone marrow stops producing red blood cells at a healthy rate. Mild Iron deficiency symptoms can be the first signs of a severe condition. So, even if symptoms are self-manageable, it shouldn’t be brushed away.

In simple terms, someone with anaemia does not have a healthy amount of haemoglobin in their bloodstream.

·        Lack of oxygen is the reason for frequent fatigue

Due to Iron deficiency, organs do not receive enough oxygen- a condition known as hypoxia. This results in symptoms like headaches, dizziness, fatigue and shortness of breath. In some cases, these symptoms could be severe. The signs are hard to measure and overlap with the severe condition and can be left undiagnosed.

Constant craving of chewing ice cube can be one of the most distinctive signs of Iron deficiency. “Pica” is the medical term for it. The fact that ice calms inflammation in the mouth that comes with Iron deficiencies.

Some foods like red meat, poultry, seafood, apricot, green leafy vegetables, nuts, beans and bread are rich in Iron. You also require Vitamin C rich foods to enable better Iron absorption. If you are dealing with Iron deficiency, then you should avoid foods like milk, tea, egg whites, soy because they decrease the ability to absorb Iron.

If you are pregnant, you have a higher risk of iron deficiency. As per research from WHO, Iron deficiency affects 40% of pregnant women. Pregnant women naturally produce about 30% more blood to supply oxygen to the baby. But it isn’t always enough for the mother to maintain healthy haemoglobin levels. Iron deficiency is common during the second and third trimester when the baby needs the most blood. Hence, pregnant women are prescribed Iron supplements to prevent complications.

Treatments for anaemia differ based on the condition. In typical cases, the most common procedure is to prescribe Irons well as an Iron-rich diet rich. Daily folic acid tablets and B12 shots also help in boosting haemoglobin levels. In cases when haemoglobin counts drop to dangerous mark, more drastic treatments like blood transfusions and bone marrow transplants may be necessary.

·        Is Ayurveda the right path of treatment for Iron deficiency?

Ayurveda, as a system, contains the core knowledge of how to be healthy for the long term. It comprises of two things. Firstly, it is an ancient system of medicine, and secondly, it is the only system that places so much emphasis on the promotion of health and prevention of disease. Ayurveda medications and treatments have stood the test of time.